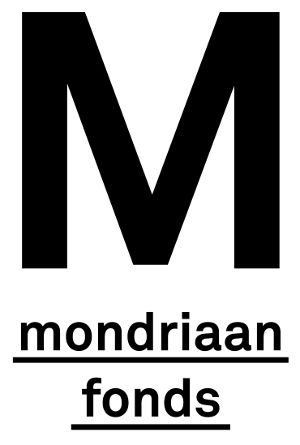 ‘We need a new symbol’ – village of Meeden Midden Groningen The place where people have faced an accumulation of unrest around, in particular, around windmills that will be placed this spring. I wanted to know from the residents themselves what they want this art project to mean and set in motion for them.
Financed by the Gronings Vuur project and the Mondriaan Fund – February 2020 phase I.

During the month of February I literally let myself be carried away, with the black note folder under my arm

Participate – on the way to a meeting
through encounters and conversations with residents. My days were full of meetings, from billiards club, knitting club, boxing, singing, the library, the village school, the Village corporation, Medmans, the Youth Box, the youngest 8 the oldest 90, purebred Meedenaars, people who have only lived there for a few years, oldest generation, the parents, the youth, which they took with me, I went and followed every referral. I found a place to stay with one of the farmers. I have my workplace at the local garage Smid. Up the street and into the houses. I have immersed myself in Meeden and am alert and with all senses keenly started an intense investigation. As an artist I emphatically bring in the creative space I represent, hope and enthusiasm. The wandering through Meeden, which has much less to do with chance than it seems at first sight, has yielded a widely supported wish.

With the art project they want to see the feeling of togetherness confirmed and perpetuated, within and with the help of existing structures such as the rich social life. In the form of a village-wide activity that should give the feeling that every inhabitant of Meeden has contributed to it, no matter how large or small that contribution is.

A start has already been made on this in the past four weeks. At every meeting I gave people the feeling of being allowed to stand on a soap box, the wish that always came up on the table is thus further spread and spread. Every call was recorded in my black A3 dummy. As one of the residents said, I am the “connector”, the temporary thread and symbol. As an artist, it is now my task to monitor and implement the commission put forward by Meedenaars, plus the preconditions they set. The current events surrounding the rapidly changing society as a result of the corona virus will naturally play a role. An application for the continuation of the community art project has been granted.

A New Symbol for Meeden - And then there was Corona
Residents often referred to village festivals such as the Revue and the 600th anniversary
celebration. All organized in the 80s / 90s of the last century by the famous Meedenaar Henk
Plenter. Even now, the symbol of togetherness that people then created together lives on.
Also in the generation that took part in it as a child. Meeden needs a new symbol, contemporary, imaginative, inviting, widely supported, connecting the associations, transcending the
'separate groups and groups' feeling. The entire route to actual implementation is emphatically covered by the project. As an artist I am the connecting thread, the still missing red thread. The temporary symbol as resident Janka Rubingh called me. She expressed Meeden's wish in a poem.

Shortly after the 2020 pandemic set in. Right now keeping in contact 'long distance' and learning that with communal activities like working on a 'play forest' for the kids. All safe distancing etc, the wish for a sense of community is remembered and recognized.